A decent plate of seafood in South Florida is getting to be as rare as an overfished bluefin: seems all our local undersea wealth gets shipped north. Eastern urban elites may rave over some chef-of-the-moment's prep of "shrimp six ways," but we Floridians know there's nothing our luscious homegrown Gulf shellfish needs beyond a squirt of lemon and nine or ten tablespoons of butter. Same goes for our snapper and grouper: No need to dress up these starlets in anything but their own glistening skins, pan-fried crisp. Ke'e Grill understands that any sauce or preparation is only as good as the animal you start with, and what they start with is good indeed — from Floridian sea life like the Palm Beach snapper in a light, fragrant preparation of tomatoes and artichokes, to imported filet of Dover sole with a spoonful of citrus beurre blanc, and south African lobster tails naked except for a cup of drawn butter. Owners Jim and Debbie Taube have been cooking and serving seafood long enough to have long since forsworn any froufrou in their menu — the glitz is reserved for the service and décor in this beautiful room overlooking a tropical garden and the haute couture of their clientele. 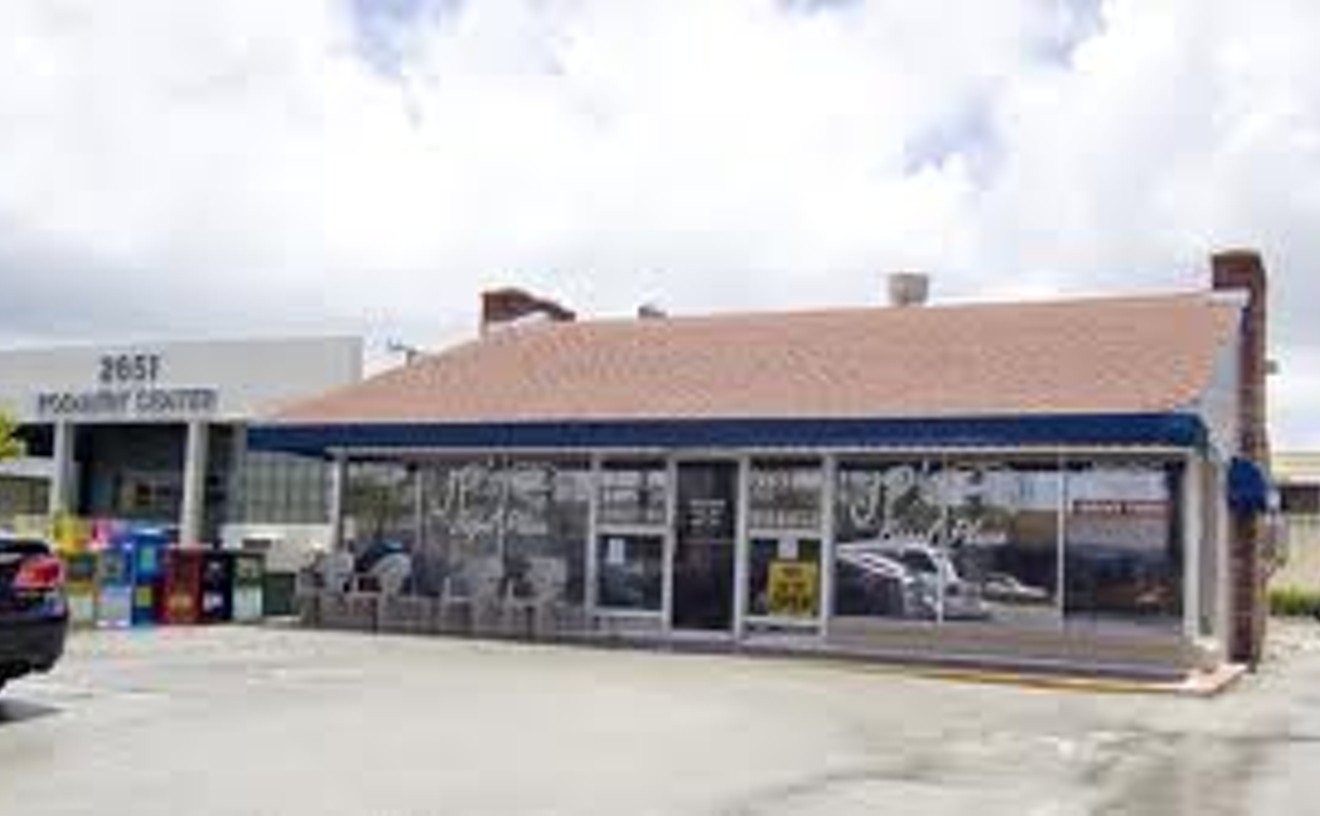 When you go to an expensive restaurant, you expect the wait staff to be friendly — after all, you're paying for it. And yet they rarely are. So why is it that at JP's Bagel Place, a joint where you can still scarf down a hearty plate of food for next to nothing, the staff is so unbelievably attentive? We have no earthly idea, but they are and we love it. This mini-diner is always abuzz with regulars, nearly all of whom the 20-something waitresses know by name. There are rarely open seats, no matter when you arrive, but after you do find a little nook to call your own, the real fun starts. Just watching the short order flurry behind the counter will floor you: the girls swarm like basketball players, effortlessly dodging one another with spins and skips. Newbies to JP's will hold temporary titles like "honey" or "baby" — which can be a bit unnerving to hear out of the mouths of waitresses who look fresh out of high school. Still, it's refreshing in South Florida to find an inexpensive hideaway with great food and spectacularly efficient, friendly service.

Come the revolution, our first official act will be to decree a moratorium on ridiculously expensive side dishes. Enough with the ten-dollar truffled cheese fries, the potato skins scattered with a king's ransom in caviar, the double-digit flash-fried escarole, the chanterelles hand-dug from some bois in Bordeaux and flown over to the States. One longs for the day when a side dish was a bit of mashed to go with your chop — it came free with a meal, most often right on the plate with your meat and veg, and if you were lucky it was chock-full of fat and salt. Evidently somebody at Cool'a Fish Bar was suffering a like nostalgia when they came up with the idea of the complimentary cheese potato gratin as a side order with any entrée (the excellent entrées average around $20; other side choices are coconut rice or French fries). A sort of cross between mac 'n' cheese and potatoes Anna, this hot gratin, served in its own tiny casserole, combines shredded potatoes, Colby and Monterey Jack cheese, and a dash of pepper; it makes a lovely, golden crust over its creamy innards. You'll want to ask your waitress for extraction tools — spoons, toothpicks, butter knives, tweezers — to scrape up every crunchy, buttery bit of it.

Betty's isn't your typical soul food joint. The quaint west Hollywood restaurant serves breakfast and lunch to folks looking for a taste of home — for breakfast, mounds of eggs done any way, with grits, pancakes, salmon croquettes, and fish platters; for lunch, fried shrimp, barbeque chicken wings, braised oxtail, and smothered pork chops. But their signature dish doesn't come directly from the backwoods South; instead, it takes a meandering turn through Jamaica. It's Betty's ultra-spicy jerk chicken — a destination-worthy plate of poultry if ever there was one. The southern soul comes from barbecuing on a barrel smoker out back. Then the island creeps in as the bird is chopped into knuckle-sized, bone-in chunks and slathered with Betty's super-secret jerk sauce, a furious paste of garlic, habenero, and loads of coarse black pepper. The succulent chicken clings to the bones with an infant's grip, its once-tactile collagen load now serving double duty, enabling the piquant jerk sauce to take hold of your palate for hours. Spice this fervent can be dangerous. Fortunately, Betty's stellar rice and peas, collard greens, and braised cabbage (with big ol' chunks of ham hock) lower your internal temperature to a slow boil.

Our favorite steak frites have everything the classic dish should have — except the steak. This darling, inexpensive bistro and bakery does serve a perfectly presentable, even delicious, plate of beef with fries. But for a truly gourmand frites experience, go for the mussels. The first time we ordered the mussels with frites at Rendez-Vous, our waitress nearly keeled over with pleasure she was so happy for us, and when she finally toted over the steaming bowl on what looked like a sort of rustic cutting board, roughly the size of our entire table, we knew that even with her encouragement we weren't going to be able to finish those dozens of shellfish bathing in their own winey broth, much less the mile-high fortress of gleaming shoestring fries. Luckily, she had a plan, and when we finally dabbed our greasy chins and pushed away from the table, she detailed for us at length exactly what we should do when we wanted to reheat and finish them at home the next day. Then she shooed us out the door with a complimentary paper bag full of pastries and a cheerful bonne nuit.

The group of foxy young dudes who opened Cut 432 in Delray Beach have taken the fusty old concept of a steak house and tossed out everything but the rib eye. Instead of cavernous rooms filled with sanguinary red plush, they've outfitted their long, sleek, Pullman car of a restaurant in silver and ice; it's like dining inside a very dry martini. The fat cats go elsewhere; here the clientele is dazzling and vivid to match the crystal chandeliers overhead. Cool, cool, cool, Cut 432 whispers; a single room so narrow waiters have to squeeze between bar and tables with trays of sizzling chops balanced on one upstretched arm. The place has been packed every night since it opened a couple of months ago; a coterie of regulars has already settled in to sample boutique wines and fork up thick, charred New York strips and cowboy steaks. Side orders like "blue cheese tater tots" flecked with green onion and scented with truffle oil are as delish as cold blue crab starters, authentic Caesar salads sporting sheets of Reggiano, and oversized oysters Rockefeller. 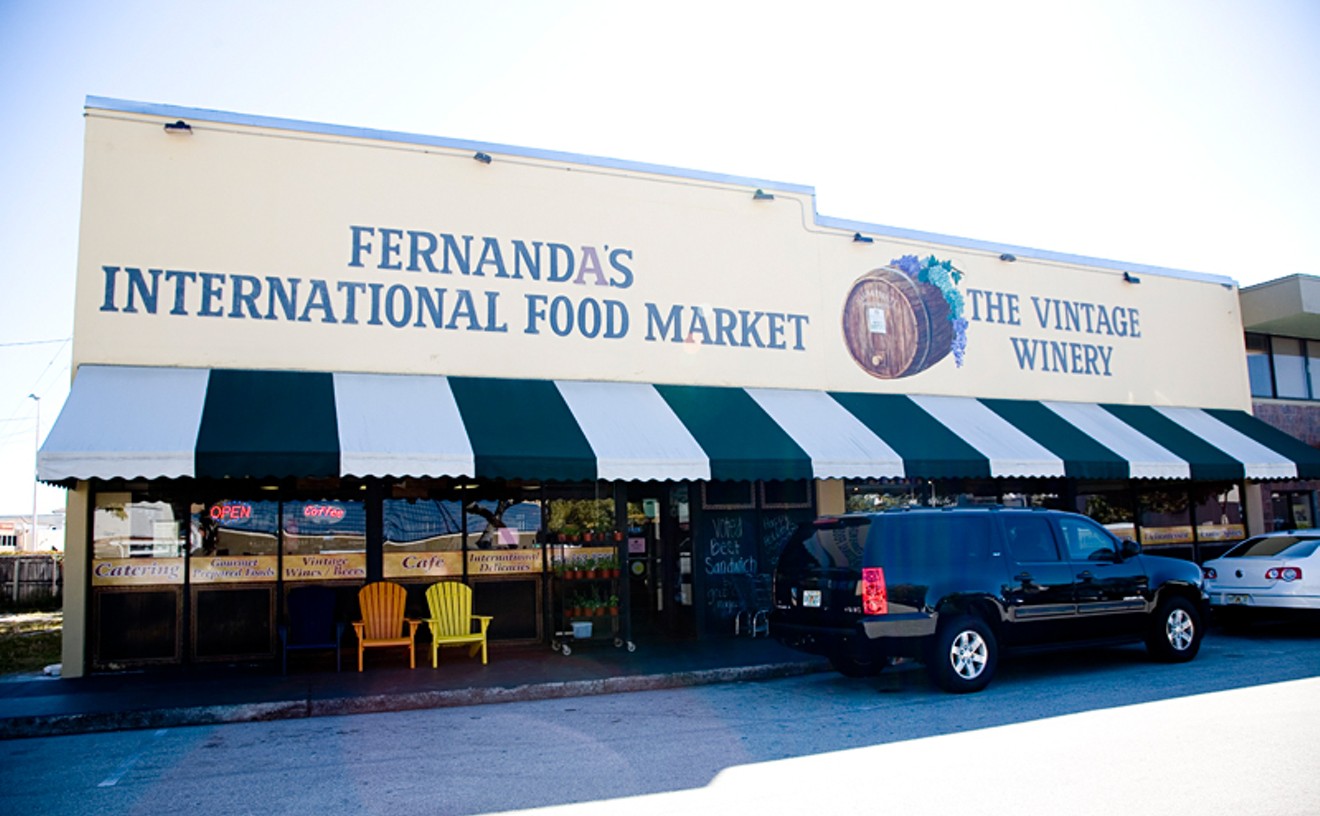 Don't tell Jared, but Fernanda's is the home of true sandwich artistry. Sure, it's a bit more expensive than Subway, and preparation takes an extra minute or two. But that's because the meat and cheese isn't sliced until you order it, which is the first mark of a marquee sub shop. And there's about a half-pound of it, piled high on bread still hot from the oven. Choose from among 18 special sandwiches, each with surprising ingredient combinations. While you're waiting for your order, cruise the market aisles for a rare wine or an exotic spice.

Rosie’s is just a nice place to be. Their lanai is big and cool and blessed with a funky Hawaii-lite aesthetic that somehow demands a mimosa (which they serve in “French,” “Italian,” and “Grand” varieties, the last involving Grand Marnier). And at brunch-time — unlike, say, any other moment of the week — Rosie’s is quiet enough that you can actually hear your tablemates. Not that you’ll want to. Rosie’s brunch menu is filled with things that are a lot more appealing than a hung-over attempt at conversation. Like “Miss Truny’s Deep-Dish Southern Style Not-So-French Toast,” baked with a pecan-praline glaze, or “The Nelly Frittata,” an egg-white frittata with sausage, chicken, bacon, spanish onions, and red and green peppers. This is actually more delicious than it sounds, even when your stomach is doing loop-de-loops in flight from last night’s excesses. Heavy fare like this has a wonderful stabilizing effect. But there’s light stuff, too — fried green tomatoes with avocado, a delicious Greek omelet called “The Un-Teeny Santorini,” and a Belgian waffle topped with bananas, pineapple, mango, blueberries, and whipped cream that goes down like a confection and may even be healthy. 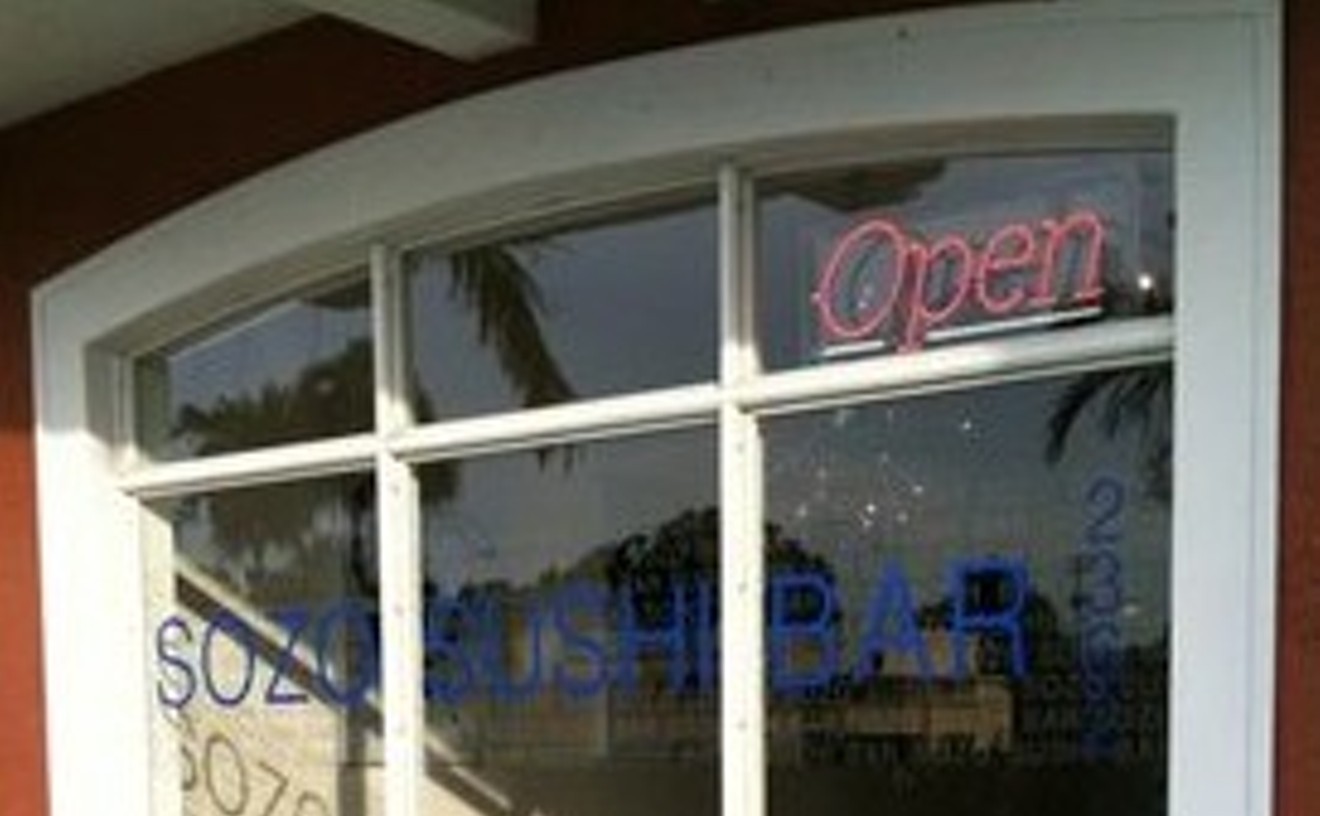 Has sushi jumped the shark? These days your average American sushi bar seats 300 and serves baseball mitt-sized rolls filled with tropical, tex-mex, and Mediterranean ingredients. Italian restaurants hawk tuna tataki along with ravioli and garlic bread. Suddenly the ultra-minimalist Sozo Sushi looks very cutting-edge. The tiny bar in Wilton Manors seats just a handful of customers and serves only raw fish and a few appetizers; the proprietors, a transplanted family from Manhattan, are so focused it's scary. Their less-is-more philosophy pays off in extremely light, blissful mouthfuls of steamed crab shumai, glistening shrimp with chili cocktail sauce, ceviche of the day, and rolls that might combine, say, king crab, shrimp, tobiko, and wasabi vinaigrette, or eel with cucumber and avocado, but never steak, banana, or manchego cheese. Rolls and sashimi, from snapper and wahoo to toro and sea scallops, are made to be eaten in a single bite, perfect motes in a supersized world.

Though the risk of employing the most unfortunate double entendre ever printed in this paper is high, we'll say it anyway: The cabeza de res at La Fondita Mexi-American Restaurant has to be the finest head we've ever gotten. And believe us, we love our head. Here, fatty bits of the slow-steamed meat are pinched off the cheeks of a cow head, spread onto two plush corn tortillas, and painted liberally with diced onions and frilly cilantro. That stuff is bliss, we're telling you, but if head isn't your thing, Fondita has a range of other meats — some adventurous, some more staid — to fit your fancy: pungent chorizo, shredded chicken, carne asada, and al pastor — pork carved shawarma-style off a thick spindle. Along with your tacos you'll get a basket of freshly fried corn chips and three bowls of salsa to dip, slather, and splatter on everything (a chipotle rich rojo, a peppery tomatillo, and a thin and smooth tomato variety). Show up on a Saturday, park your behind on one of the cute stone patio tables out front, and sip on a Modelo Especial while you eat, and you'll feel as close to noshing at a Tolucan taco stand as you can get here in South Florida.