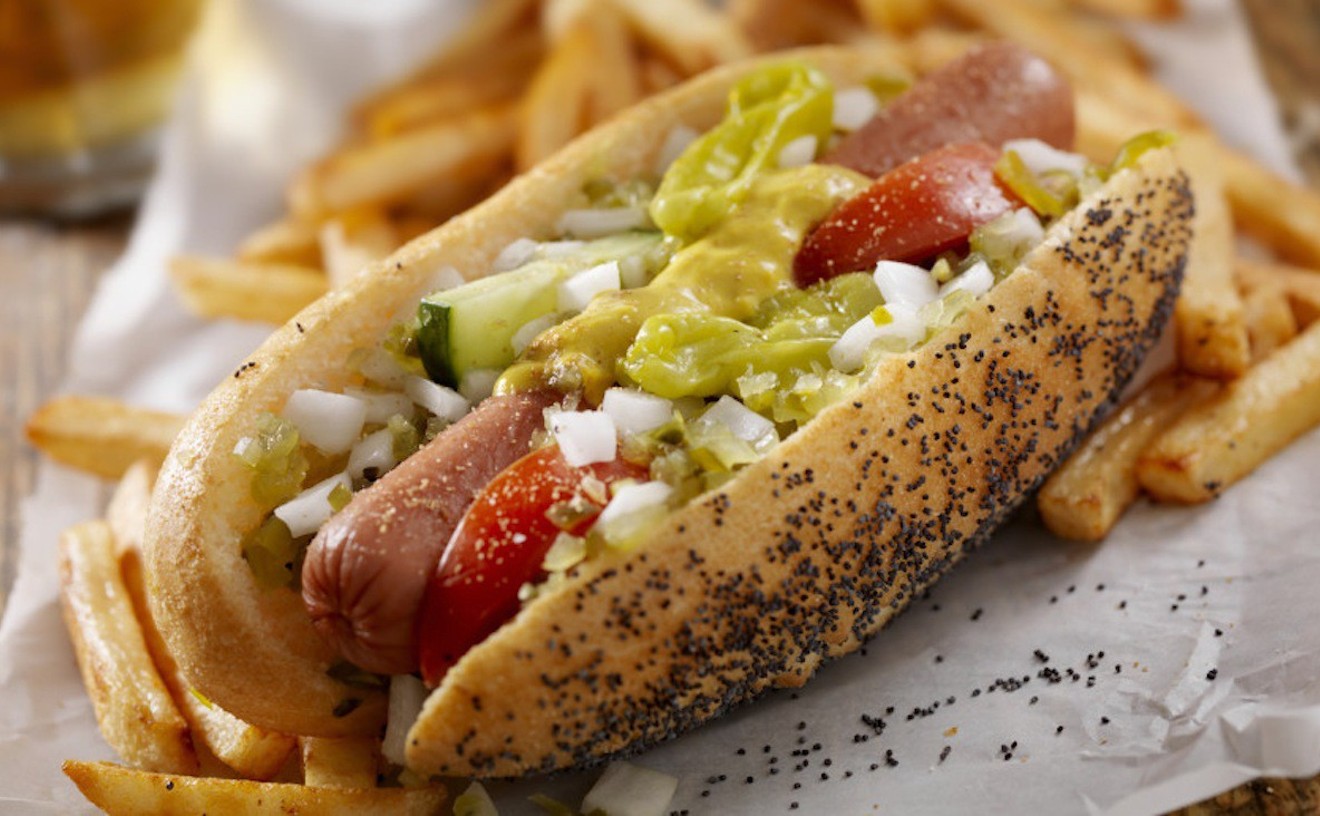 On June 19, 2008, Barry Star will celebrate his 30th year in business as owner of Hot Dog Heaven, the iconic Fort Lauderdale sandwich stand on Sunrise Boulevard. A Chicago native, Star speaks passionately about his food of choice. He'll tell you about the hot dog's humble days as a Depression-era snack or why neon relish producers switched over to vegetable dye instead of the chemical stuff (Chicago's waterways were turning an unnatural, albeit delicious color). It's Star's obsession with franks that has kept his store turning them out for all these years, even while his competitors have slowly disappeared.

I have a simple philosophy of not being too imaginative and creative. I'm a dinosaur. We don't have a microwave oven or even a holding table. It's like a flashback to when you were young and rode your bike to a place and they cooked it right in front of you. The guys in Chicago are now trying to compete with fast food and the quality is worsening. I'd rather raise the price and give you what you came in for than lower it and make an inferior dog. I want to keep making them how I had them when I was a kid; that will never change.

Definitely the Chicago dog. I just had some kids come in here this weekend and buy some twice in one day. They said they were from out of town and they just needed to have another one before they left. That's why I do it.

What do you eat when you're not eating franks?

Junk food! My father was a route dispenser, and he used to fill the vending machines in Chicago. So I would hang out with him and go to the Cubs games and distribute Snickers bars and stuff. But I eat good, my blood pressure's good, and I work out. I guess I have good genes, too.

Who would win in a fight: The giant, Chicago-stomping hot dog seen in posters, or Godzilla?

Oh, Godzilla would win; he'd eat the hot dog. It's just his size.